The Origins of My Wanderlust

I’m just back from a long trip, and as nice as it is to be home, my mind says “let’s go.”  From where does this wanderlust come?  It’s never been about escape, about push factors, nor about movement for its own sake.  It’s really from influences long past; here they are, chronologically:

From the moment I was old enough to understand that not everyone’s dad departed for work on Monday morning and did not return until Friday afternoon, I didn’t like the situation.  I loved my optimistic father, especially in the years before his wartime injuries resurfaced in 1964, and my feelings for him, together with the havoc and nastiness that my mother’s weekday drinking brought, made his absence painful. 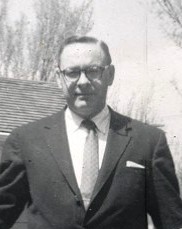 But there was an upside, in the summer, when I would travel with him, off to La Crosse or Milwaukee or Sioux Falls.  My dad knew a lot about places, in part because his livelihood depended on theirs: if farm-commodity prices were good and if the factories were humming, he sold a lot of women’s gloves and other apparel.  And because his first years were in rural Montana, he knew something about crops and animal husbandry – not a lot of fellas who graduated from high school in Chicago could distinguish a Holstein from a Guernsey!  In a very real sense, he was my first  geography teacher (which perhaps propelled me to choose that field a decade later, but I’m getting ahead of the story).

There we were, riding along in his big blue Oldsmobile, dad pointing out fields of corn in southern Minnesota or Kimberly-Clark’s Kleenex plant in Neenah, Wisconsin. About the same time I started the summer trips, I began to read the Minneapolis Star or Tribune every day.  My monther taught me to read long before I started school, and my parents held to the old-school – but still essential and relevant – model of informed citizens.  Most people back then did.  In about 1961, with Cold War tensions escalating, my interest in the world grew more intense, as did my fears.  Indeed, as we observed the 50th anniversary of the Berlin Wall in 2011, I could recall the chill, the fear (let’s not talk about the Cuban missile crisis in October 1962, when I was a total wreck).  Again, the downside of childhood worry carried the upside of curiosity about the world.  What was it like in West Berlin?  Why did cows amble down the streets of New Delhi?  How could Latin American soccer fans be so passionate that they rioted after a match, trampling their fellow partisans?  It would be good, I remember thinking, to have the ability to go see some of that stuff. 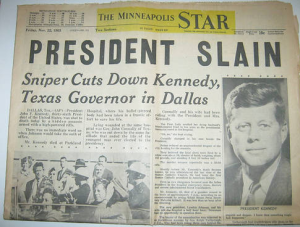 Despite being firmly in the heartland, my native Minnesota has long had global perspective, and in the early 1960s, educators reckoned it was time to start teaching  foreign languages at a younger age, well before high school.  And they had a powerful new medium to facilitate the instruction, a statewide public television station.  Back then, it was called “educational television.”  So beginning in Mrs. Millward’s 4th grade class in September 1960, three times a week we would learn Spanish on TV, supplemented twice weekly with audio tapes.  Our teacher was Don Miguel, whose real name was Howard Hathaway.  Apart from helping us with the basics of  pronunciation, vocabulary mastery (I can still reel off most fruits en Español), and verb conjugation, Don Miguel offered glimpses of Latin American culture that I found  really interesting.  I subsequently studied Spanish in high school and college, and it was no accident that my first overseas trip was to Súdamerica.  (In a nice turn, when I joined Republic Airlines in 1984, one of my officemates was Howard’s daughter Ann.)

Don Miguel, exhorting us to roll our Rs: Rrrrrrrr!

Next, le Gitane, the French ten-speed bike I bought with savings (and a little help from dad) for $85 in June 1964.  I wasn’t the first to get a ten-speed – Chris MacPhail and his brother Bob got ‘em the year before, and Jim Arnold beat me to it by a couple of weeks, but once we were all mounted on bikes far lighter and easier to pedal than heavy clunkers we were outta there!  Literally.  There were summer days when I departed the house just after a bowl of Cheerios and did not return until dinner time. In between we rode to Lake Minnetonka or across town to the Ford plant or State Capitol in St. Paul, or any number of other far-flung destinations.  Often, we rode there just because it was there.  And even though the distance was modest compared to what was achievable with an engine of any kind, that we got there under our own power was both liberating and broadening. 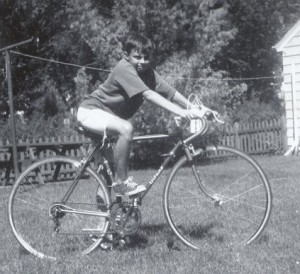 Indeed, that very concept of joyous, self-propelled travel was at the heart of the youth hostelling credo, and almost as soon as we had the ten-speeds we joined American Youth Hostels (now called Hostelling International), which had local organizations, called councils, in a couple dozen U.S. cities – all part of a global movement pioneered by German schoolteacher Richard Schirrmann (readers of my journal may recall I visited his hometown in January 2011).  Youth hostelling got us further than the other suburbs or St. Paul, because we went on bike trips led by adults.  The first ride was up the Gunflint Trail from Lake Superior to the Canadian border just three weeks after putting air in the tires of the orange Gitane.  The following summer we rode with a small group from Chicago to Washington Island, at the very tip of the long peninsula that juts into Lake Michigan above Green Bay, 250 miles.  It made sense that 25 years later I agreed to serve nearly a decade on the AYH national board of directors – and in between I had used youth hostels on five continents – a great way to travel inexpensively, but even more, to be surrounded by like-minded travelers.

My buddy Greg Paske and I caddied 18 holes at the Edina Country Club on Sunday, June 26,  1966, and more or less on a whim rode our bikes 9 miles down 66th Street to the Minneapolis/St. Paul Airport and bought $10.50 round-trip tickets on Northwest Airlines to Rochester, 72 miles southeast.  Whoosh, in no time we were airborne in a Boeing 727, marveling at the view from above (Greg had already flown, so I got  the window seat).  We spent about 10  minutes on the ground in RST, hopped on a Northwest Lockheed Electra, and were  home by five.  But I was changed: the horizon that widened two years earlier with the bikes just got much, much wider.  Those short flights propelled me  in a new direction and travel suddenly became a huge interest.  The airline timetable became a treasured piece of literature.

Three years later that interest increased exponentially.  As I wrote in my short memoir, landing a job at Vanguard Travel changed  my life.  Of course it was great that the  paycheck provided the means to attend the University of Minnesota, but there was more: the job provided identity to someone greatly in need of one.  And the discounted or free travel that agents enjoyed was another catalyst, essentially broadening the scale from national to global.  In the years that I took classes every morning and worked at the agency every afternoon I took trips to Europe, Africa, Australia, and around the world.

Your scribe, at the dawn of “airline automation,” 1972

When freshman classes at the University of Minnesota began in 1969, I was required to choose a major, and political science was it, without too much thought.  Then it was sociology, then journalism, all within a year.  Professor Barrett’s Introduction to Physical Geography class in fall quarter, 1970, was pretty tough: a lot of reading, quite a bit of science (to understand even just the basics of climatology and geomorphology).  I scored a 32 out of 50 on the mid-term, but on the curve that was an A, and I thought maybe this was a good fit.  I wasn’t sufficiently reflective to see the path from the front seat of dad’s Oldsmobile or the fast bike to those first geography classes, but looking back the route was obvious – and led onward to a doctorate in economic geography.

And after a  few years in academia, all of the above – all of it – thrust me into the
airline business, an industry that has sustained our family for more than 25
years and enabled my wanderlust, and quite a bit for Linda, Robin, and Jack,
too.

It’s been a good path.