Milestones in Minnesota and Texas

Austin, Texas, has gone vertical in the 30 years since my first visit

On Monday, December 17, Linda and I flew back to Minnesota.  Her mother Karen died in late November and it was time for her memorial service.  Landed at noon, picked up a minivan, and headed to Karen’s condo in Edina, not far from where I grew up.  She was so fortunate to have been able to stay at home in her latter years, thanks to remarkable sacrifice and help from Linda’s brother Gordy, who cared for her for more than a decade.  We spent the afternoon with him and Julie (the fourth and youngest sib, Mike, was working that day), going over details and affixing old photos to some posterboards for the memorial.  At four, we drove to a nearby hotel, checked in, then headed to dinner at our long fave, the Black Forest Inn. 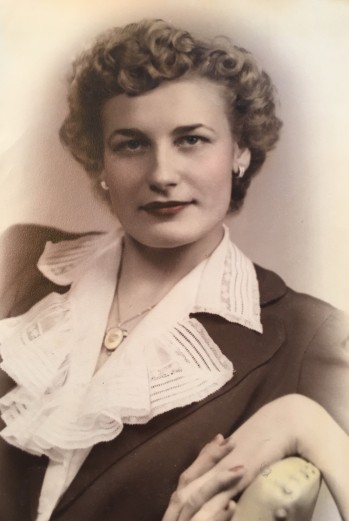 Karen Matthews as a young woman; below, her senior-year entry in the South High School yearbook: “Blondie”

Poring through piles of old photos, we also came upon a great snap of Linda’s Uncle Kenny, second from right, navigator on an Army Air Force B-24 that made many bombing runs over Germany, including Berlin

Up early Tuesday morning, to the gym, then breakfast, then back to the airport to pick up Robin Dylan, and Carson, dropping them at the hotel.  I then went on to South High School in Minneapolis, where Karen graduated, at the top of her class, in 1940.  I called the school the day before, and was quickly connected to Tom Klein, director of the school’s foundation.  Tom told me they had yearbooks for every class going back to the 19-teens, and I was welcome to find the 1940 edition.  I wanted a little more history for my eulogy, and perhaps some images snapped with my iPhone.  Tom was not an alumnus, but his two daughters graduated in 2002 and ’04.  His sidekick Jerry Herby was SHS Class of 1968.  We had a good yak before I got down to business, and I learned that the foundation dispersed funds for teacher development ($80,000 in 2017), and lately some modest scholarships.  As you would expect in an inner-city high school, the demographics have changed markedly over the decades.  It was a good chat.  I found several pictures of Karen, or Elsie as she was known back then.  A productive visit.

Back to the hotel, then to lunch with Julie, Linda, Robin, and the girls.  Dropped them at the enormous Mall of America, then headed to Target to print out the school photos I had snapped earlier.  Back to the condo, short visit, then dinner.  Last task of the evening was to pick up Jack, who arrived late.

We motored to the funeral home, set things up, and received family, several of Linda’s cousins and spouses.  The sendoff was good, helped with kind words from Rob, the pastor of the Lutheran church Karen faithfully attended, from Linda, and from me.  We headed to Fort Snelling National Cemetery for a brief commitment service, then to a welcome lunch nearby.  I dropped the family at the airport, headed across town for a quick coffee with my nephew Evan, then flew home. 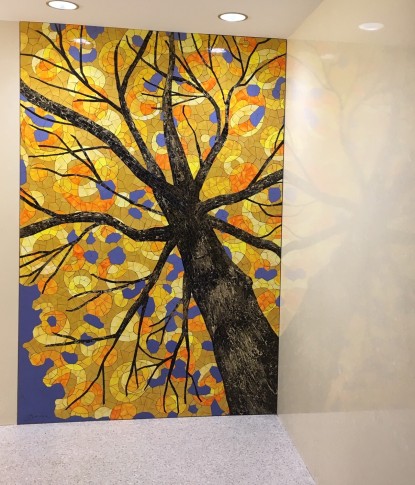 A few days after Christmas, Linda and I flew to Austin, Texas, the last trip of the year, for the wedding of Claire Griffy, daughter of longtime Dallas friends Tim and Missy.  Got to Austin about five, into town, and to our hotel.  Jack was sharing the room and had already arrived.  We watched a little TV, and at 7:30 headed a mile or so to Terry Black’s Barbecue, very local and very good (the long wait for food said it all).  Then across the river to a pre-wedding party at a downtown music venue, fun but noisy.  Great to reconnect with former neighbors and friends.

Up early Saturday morning, to the gym then breakfast (Linda and Jack were snoozing), then onto a bikeshare two-wheeler, north on Congress (“The Main Street of Texas”), around the imposing red-granite capitol building, then back south, across the river, and to a second breakfast with former American Airlines colleague John Morton.  John and I worked together in the mid-1990s in the corporate communications department, and we’ve stayed connected through the years.  He’s now at the University of Texas, and spent three years writing speeches and other comms for the recently departed chancellor, Admiral William McRaven (a wonderful, exemplary leader, the fellow who directed the raid that killed Osama Bin Laden).   After tacos at Güero’s, a famed Tex-Mex joint, we walked for a couple of miles around his neighborhood, then back downtown.

Above and below, local ‘cue in Austin, Texas 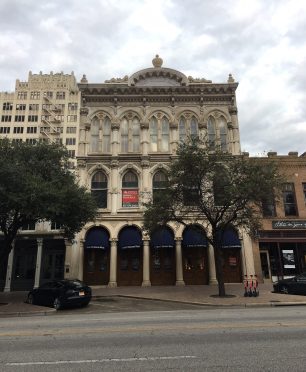 Historic building on Congress Avenue; let’s hope these structures are protected for the long run

Left, more evidence of Austin going vertical; right, no fewer than five companies are battling for two-wheeled mobility sharing — a cluttered market in more ways than one. Below, John Morton

At 12:30, it was time to meet another former AA co-worker, Tracy Evans Petersen, who I had not seen for more than 20 years, maybe 25.  So great to reconnect with her.  She suggested we have a light lunch at the new Austin Public Library.  Grabbed a bowl of chili at the library café, Cookbook, and a good yak, then she showed me around the way-cool building, truly state of the art.  Books, of course, and all kinds of technology, multimedia, and more.   As often happens on trips back, I was reminded of Texas friendliness several times that day: with the server at breakfast who shook my hand on entering, the waitress at Güero’s, and the young woman who picked up our lunch bowls – I remarked on her cheer, which triggered a nice discussion of regional friendliness.  I miss Texas.

Inside the Austin Public Library

Took a nice nap, suited up, and walked a block to Brazos Hall, a good venue for a wedding – I hadn’t been to nuptials for a lot of years.  After the ceremony, up the stairs for drinks, then a lovely sit-down dinner.  High point was a long conversation with Glenn Stetson, a friend of Jack’s for 30 years, way back to when they all played soccer on a team called the Tigersharks.  Danced a bit, kissed the bride, hugged her parents, and headed back to the hotel.

Up early again, to the gym, then breakfast, then a quick Lyft ride to the airport, a flight to DFW, then home to Washington.

And that was travel for the fourth quarter. 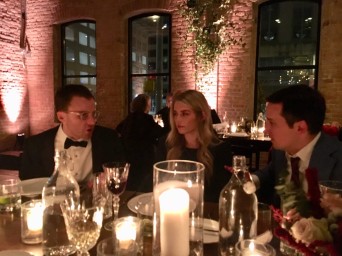 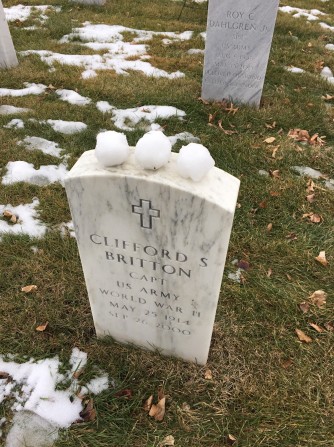 Postscript: given my dad’s service in the 145th Field Artillery Battalion, snowballs seemed a fitting addition to his headstone