Home to Minnesota to Mark the Passing of a Long Friend

Our dear Mr. Jensen is up there, in the Heavens

There was one more trip before 2017 closed: to Minneapolis to deliver a eulogy at the memorial service for my 12th Grade English teacher, Mr. Bud Jensen, an early mentor and a friend for 50 years.  Linda came along to visit her mother, now 95, and on the decline.  I was a little stressed about landing two hours before the service started, but thanks to the great American Airlines we were right on time.

The view from above: the southeast shore of Lake Michigan; Chicago’s Rogers Park neighborhood; and farmland in northeast Iowa

I dropped Linda, visiting briefly with her mom and next-youngest brother Gordy, then motored to the service at the Colonial Church, a longtime Congregationalist institution in my hometown of Edina.  Visitation was an hour before, and scores were already there, another indicator of Bud’s impact.  I spoke briefly with his wife Jinny and the other two eulogists.  It was one of those times you wished there were little bubbles hovering above people’s heads, with their name and connection to Bud.  I was pretty sure that the longtime boys’ varsity basketball coach was there.  And just before the service I had a few words with my 11th Grade English teacher, Mr. Stotts.  Whew!

Bud was a longtime member of the chorale, so of course the choir and soloists sang throughout.  Here is my eulogy:

Good afternoon.  Even for a seasoned writer, drafting these words was a challenge, because my former English teacher will be looking down to ensure that I follow proper composition principles, but mostly because mere words, even well chosen, cannot capture the essence of this kind, generous, and righteous person.

Almost 50 years ago, in September 1968, 25 of us at Edina High School headed for fourth period honors English class.  As we entered the classroom, we could tell that the new teacher, Mr. Jensen, was cut from different cloth.

Wait, we wouldn’t have used a metaphor like that yet – that was the kind of stuff he would teach us.

The other 12th grade English teachers like Mr. Anderson and Mrs. Wyatt were known quantities; they had taught older brothers and sisters.  We had rap sheets on them.  But not this new guy.

What was different?  We spotted two things right away.  First, he was really young.  The other English teachers were, in our adolescent view, ancient.  Second, the room had curious decorations, like a big Fred Flintstone plush doll.

And from day one, we knew that Mr. Jensen’s teaching style would be different.  Although the brand-new textbook focused on British literature, with really old people like Shakespeare and Jane Austen, Mr. Jensen wove in current stuff, from popular culture.  The story of St. George, patron saint of England, became a riff on a new toothpaste brand that carried the slogan “a nurdle a day keeps the dragon away.”

Senior English was also about improving our writing, and our new teacher was flexible about topics we could choose.  Elevated classmates opted to analyze deep meaning in Gulliver’s Travels for the big mid-year project, but this Aviation Geek got away with writing about modern British airliners.  I got an A.

So, point one: Bud Jensen was for more than 30 years a superb teacher.

Point two: he was a caring teacher.  Many in our society expect, indeed demand, that teachers take on duties that, in a better world, ought to be done by parents and others.  Although this expectation has increased in recent decades, even in the late Sixties many teachers, like Bud, understood their larger role, and stepped forward.

Since then, hundreds of Mr. Jensen’s students, including many here today, came to know that for him these added responsibilities were not a burden, but part of his job.  Like a calling.  I learned this from my own experience.  In high school, I was slightly adrift.  Not a troublemaker or a doper, but in need of direction and stability.  Home life was unhappy: my father was broke and sick, and my mother was an alcoholic.  Mr. Jensen didn’t know all the facts, but sensed the need to help, and he did, in subtle ways – I felt under a gentle wing.  That care helped so much.  For me it was like a bridge, because within a week of leaving Mr. Jensen’s classroom I had found clear direction in the form of a part-time job that provided both identity and money to afford tuition and books at the University of Minnesota.

Point three: Bud Jensen was an exemplary human being.  Through the years, he would tell me, modestly of course, of his many volunteer contributions, to institutions like his beloved Hamline University, and especially to individual young men and women.  It was that specific help that was so remarkable: cash to students in need, practically adopting people who began to stray, and so much more.

The last time I saw Bud was 15 months ago on my annual visit to the Minnesota State Fair.  Bud and Jinny and two friends gathered at Surly.  As we waited for a table, of course with beer, Bud brought me up to speed on his latest service to others.  Later that night, I made an entry in my my travel blog.  I wrote, “There’s a reason I’ve stayed Bud-connected for nearly half a century: he and Jinny are among the finest folks I’ve ever met.  If you looked up humane, committed people in the dictionary, you’d see their faces.”

Though self-reliance is a valued trait, people delude themselves when they think their success comes solely from their own efforts.  Every one of us have grown and prospered with the help of others – in public institutions, not least our schools.  And especially with the help of people who have supported, encouraged, and nurtured us.  Bud Jensen was one of those people.  Thank you, Bud, for everything.  We will miss you.

After the eulogies, uplifting words from the two pastors.  They clearly knew him well.  And when they repeatedly said Bud was in heaven, I nodded my head.  Those of us who believe in a hereafter cannot, if they are honest with themselves, know nor predict whether God will dispatch them upward (my own prospects seem far from assured!), but I had no doubt that Bud had, as his obituary confidently stated, “joined the bass section of the heavenly choir.”  Amen.

After the service there was a reception in a church hall, with the baked goodies for which Minnesotans are famous.  I visited briefly with several who complimented my words, including John Benson, a fellow teacher and former state representative, and was again reminded of the essential decency that is my native state.

I returned to the condo of Linda’s mom, and visited with her other three siblings, as well as three nephews that I see infrequently, sons of the youngest sibling, Mike.  We said goodbye and drove to a nearby hotel.

Both of us needed some cheer and fun, and found it in one of our favorite restaurants, the Black Forest Inn in south Minneapolis.  I have been a patron since 1971, back to the days when founder and owner Eric Christ, a German immigrant, did not worry much about the legal drinking age!  Linda and I had, through four decades, spent lots of happy times at the Black Forest, and that night was no exception.  An accordionist roamed, beer and wine flowed, and we tucked into a fine dinner.  It was a nice end to a long and difficult day for both of us. 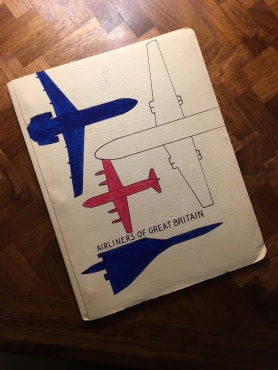 I still have the 1969 project that Mr. Jensen graded well.