On Sunday the 13th we departed for what has become an August vacation tradition: a week on Kiawah Island, South Carolina, one of the loveliest resorts in all the world.  Arrived Charleston at 4:30, grabbed a minivan and zoomed 35 miles to the island.  Stop 1 was the supermarket for breakfast and lunch fixings, then to a lovely house on Glossy Ibis Lane.  Linda was at the American Bar Association annual meeting in New York for three days, so we unpacked the van and I zoomed back to the airport to get her.  Whew, lotta fast moves.  Drove back at a slower pace, and stopped for a late dinner and some beer.  Slept hard that night. 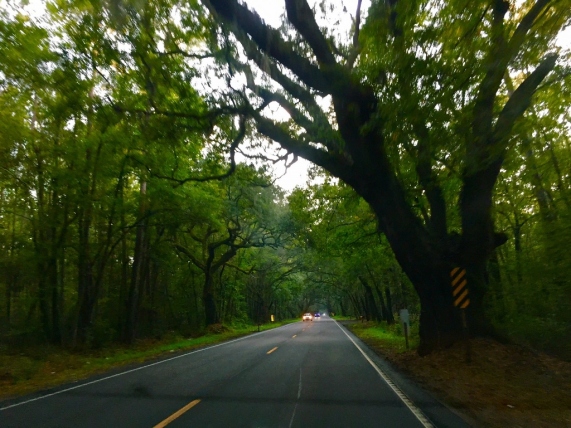 The week, now the eighth trip to the beach, is formulaic, and at dawn every morning I’m out on a sturdy one-speed cruiser, riding along the bike paths and empty lanes that spread across the island.  About 20 miles every morning, to start the day with blood pumping and an opportunity to marvel at the fertile wetland ecosystem. It’s a place teeming with all kinds of life: deer (plentiful), bobcats (rare), water birds like egrets and pelicans, and lots of alligators.  Less visible, down in the water, are crabs, fish, and more.  It’s such a cool environment. 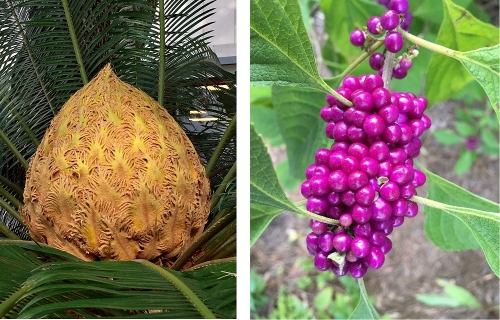 Several times that week, I thought about the comfort that familiarity brings, and specifically about a traditional vacation venue like Kiawah.  Indeed, 50 years earlier, in 1967, my parents, sister, and I made our last visit to Greenwood Lake Lodge, a place in northern Minnesota we had visited almost every summer for about a decade.  The two places were forested, well-watered, and teeming with wildlife. Pine trees and deer were common to both.  Up north were bears, not gators; loons, not egrets, and birches, not magnolias.  In a changing world, the familiar is soothing.

The gentle whoosh of the wind through the pines: a sound from 1967 in Minnesota, and 2017 in South Carolina; below, our cabin at Greenwood Lake in 1960, and our Kiawah lodgings 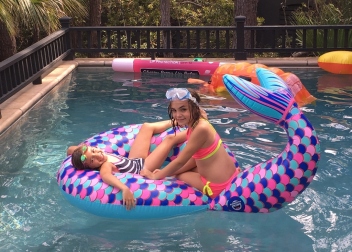 Jack arrived Wednesday morning, adding to the fun.  Days were relaxed, save for the dawn bicycling.  Our house had a small pool, which likely made us even lazier: we could put on swimsuits, open a door, and jump in.

We got ambitious Thursday afternoon and motored into Charleston, one of the nation’s most interesting and historic cities.  Spent a couple of fascinating hours at the South Carolina Aquarium, then, again hewing to tradition, ate dinner at Hominy Grill, a simple place renowned for the dishes of the “Low Country.”

The aquarium has fish, of course, and lots more! 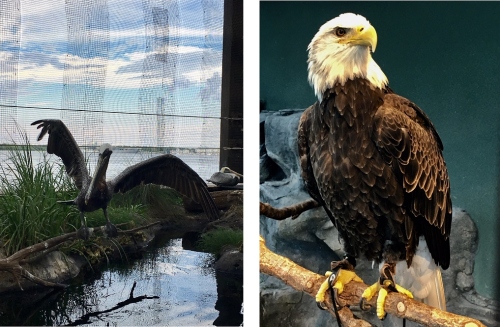 Out on the bike on the last morning, Sunday the 20th, Linda texted me that our 11:30 a.m. flight home was canceled.  Rode back to find that we were rebooked on a flight six hours later.  So headed out again.  Back home, showered, time to take Dylan to the island’s small nature center.  She loves science, as does her grandfather, and we spent a pleasant hour admiring a couple of small gators, frogs, and especially the turtles.  We watched four turtles, which she named, for at least 30 minutes. “Their interaction is so interesting, Pots,” she said.  Indeed.

Drove into Charleston at 11:15, lunch at the Wendy’s near the airport.  I wanted to spend a few hours poking around the city, but the ladies decamped at the terminal, so I dropped them and zipped into town.  Parked the car on Pitt Street near the College of Charleston, and spent an agreeable wandering slowly down Pitt (it was seriously hot and humid), then back on Coming St.,  In the courtyard of the college’s student union, had a nice T-t-S with Peter, a longtime international banker who now lives on Hilton Head Island, 90 miles southwest.  He and his wife have been there 20 years, and are thinking of decamping for someplace less crowded.  A good yak, including some nice honesty on his part: “You know, Rob, a lot of bankers just aren’t that smart . . .”  That was a nice opening for me to agree.  He’s keeping busy in his retirement by restructuring banks, mainly in the Middle East.

The National Park Service wrote, “It is no accident that Charleston, South Carolina, is a locus for the modern preservation movement. For nearly 100 years, generations of Charlestonians have been aware of this city’s singular sense of place. Since the turn of the 20th century, individuals, organizations, and government have established and promoted a preservation ethic. The roots of preservation run deep. In 1783, Charleston established itself as a municipal government with the motto: “She guards her customs, buildings and laws.”  Amen to that.  Keep on it, Charleston! 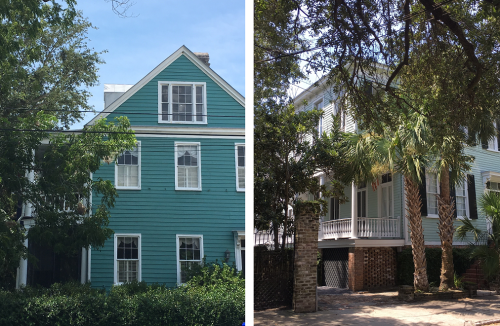 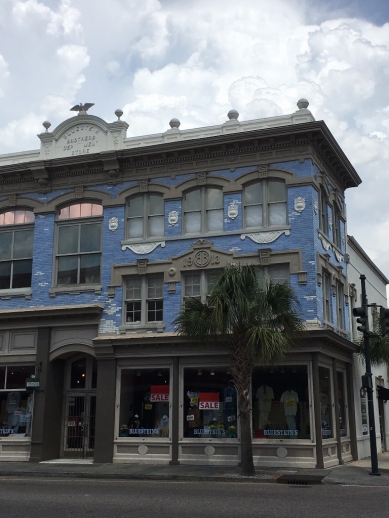 Hopped in the car and motored right into downtown, King Street.  Spotted a parking place on a side street, woo hoo, and ambled along King.  My beer radar spotted the Charleston Beer Works, and zipped in for a cold one and some air conditioning.  Refreshed, I drove back to the airport, turned in the minivan, met up with the family, and flew home.  A swell week. 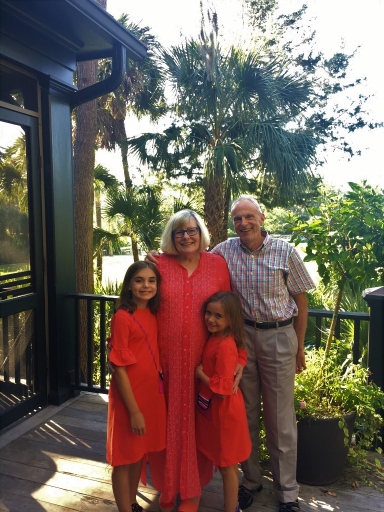