To Chicago, First Teaching of 2013, and Back to Roots on Marshfield Avenue 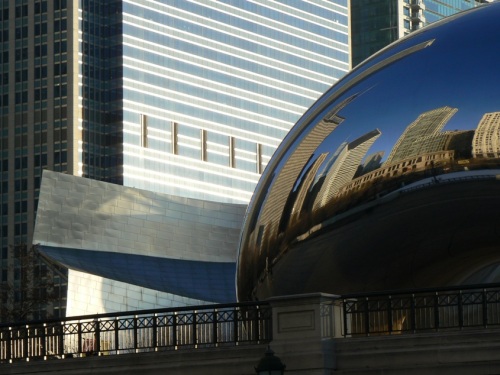 Journeys in the first quarter of the New Year began just as they did last quarter, with a morning flight to Chicago and a three-hour afternoon lecture to EMBA students at the University of Illinois downtown.  Hopped the Blue Line L (rapid transit) into the city, worked my e-mail a bit, and at noon walked west on Adams Street to the U of I’s classrooms, on the fourth floor of an office building.  Ate lunch with students, then delivered a presentation (the students were familiar, from my visit three months earlier, and a lively group.

After yakking with several students after class, I hopped on the Metra commuter train and a short bus ride up to my mom’s old neighborhood about four miles north-northwest of the Loop.  In my continuing zeal to try to answer the question “where did we come from?” I reached out to Norma Ehrenberg, who had lived on Marshfield Avenue all her life (my mother lived there from her birth in 1921 until about 1940, when they moved a couple miles west).  I connected with Norma a couple of years earlier via my Uncle Alan, who was a few years older.  The link was their Catholic parish, St. Bonaventure, at the end of the street (I wrote about a “roots” visit to the ‘hood with Uncle Alan in summer 2010).  Though Alan stopped attending decades ago, Norma still worshiped there, and was one an organizer of the church centennial in 2011.  Back then, Norma invited me to stop in to say hello, and this was finally the opportunity.

Enroute to her house, I walked past the McWhinney Benevolent Association, a social club my grandfather, great-uncle, and other kin frequented.  Through an open door, I spotted Friday-night tipplers, and was sorely tempted to nip in for a quick beer – I could literally ask to be grandfathered in!  But I was already late.  Knocked on Norma’s door, and immediately received a warm welcome from her, her friend Bill, and neighbor Sharon (whose late mother was a long friend of Norma).  We sat down to dinner in the kitchen, a traditional multi-course Italian feast – her surname was German, but Norma was 100% Italian, and indeed came from a village, Ruota, not far from my Frediani family roots in the hills just east of Lucca, Tuscany.  Her maiden name was Mei, common in that part of the province.  Norma’s father was born in Ruota in 1900 and emigrated to Chicago in 1922, about 40 years after my Enrico and Cesira arrived.

Over dinner, we made connections, explaining families and the Fredians’ dispersion from the neighborhood, in many directions.  The contrast with Norma’s long tenure was just so striking.  What was it like to live in the same place all your life, and to see the world change around you?

Norma remembered my grandfather’s Centrella Grocery, a block south on Marshfield; her dad owned the Toscana (Tuscan) Tavern, at the corner of Wrightwood and Altgeld (it’s still there, but in a newer incarnation).  She pulled out some old photos, one of the tavern during World War II, and a wonderful picture of the Young Italians Club from the 1930s.  “Could you find your grandfather?” Norma asked.  Sure I could: Jim was standing proud in the third row; the photo was not that clear, but his eyes, the Fredian eyes, jumped out, as did his ears.  As I have written before, there’s something magical about seeing an old photo of family.  The years compress, all the joy and sorrow of decades is fused in the black and white.  And that’s where we come from. 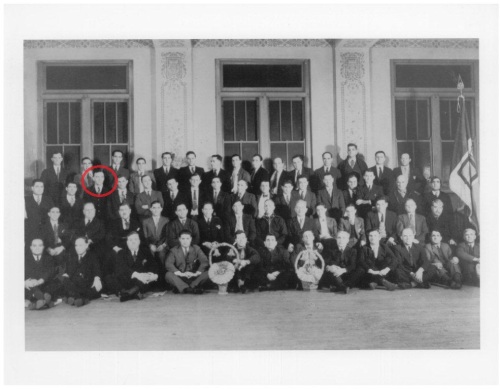 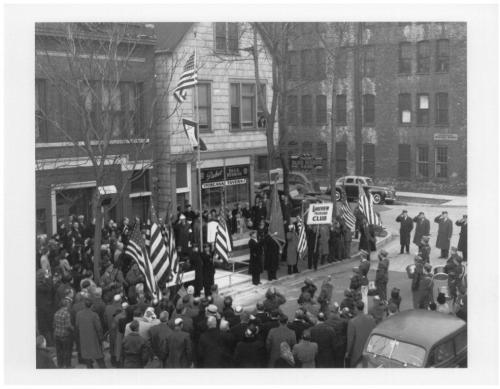 I would have liked to yak more, and to have another glass of the delicious limoncello that Sharon’s mother made years ago, but I was totally worn out, so I hugged and kissed Norma, vowing to stay connected and to come back.  Walked over to Ashland Avenue, jumped on the #9 bus and the Blue Line.  It was a memorable night.

Was up at six Saturday morning, down to the hotel gym, pounding out 16 miles.  Out the door at eight, turning east on Adams Street.  Even on a short trip to that wonderful Second City, I feel a need to reconnect with its remarkable downtown landscape, the birthplace of modern architecture, a place of innovation.  And in 25 minutes I passed the classical Art Institute, admired the wall of skyscrapers framing the north end of Millennium Park, ogled at sculptor Anish Kapoor’s magical “Cloud Gate,” heard the L clatter overhead.  Chicago, what a place!

Untitled sculpture, a gift to the City of Chicago from Pablo Picasso

Hopped on the train, out to O’Hare, and a short flight back to Washington, a nice start to 2013 travels.